One of Dubai’s claims to fame is its vibrant night life; Dubai has much to offer in terms of late night entertainment and the emirate regularly hosts some of the most popular club nights and DJs from around the globe. There are many bars and nightclubs in Dubai, though most of these are located in hotels. The crowd varies from club to club, but mostly consists of a mix of party goers of both Eastern and Western origin. Most clubs are packed on Thursday and Friday nights (expect the most popular haunts to have long waiting lines) as Thursday signals the end of the work week and Fridays and Saturdays are weekends for most working people in Dubai. Many popular hotspots host a ladies club night on Tuesday where ladies can enter for free and are sometimes even offered free drinks. Previously, most clubs allowed free entry, but in recent years with the explosion of the night life scene in Dubai, club enthusiasts can expect to pay a cover charge of up to AED200.

Although party wear is frowned upon in malls and other public places in Dubai, short skirts, short dresses and micro minis are normal clubbing attire in the swankier clubs around town. In fact, many of the more exclusive clubs hire bouncers who are directed to discreetly let in the best dressed people. Most clubs will not allow entry to those dressed casually in jeans, shorts or flip-flops. The legal drinking age in Dubai is 21 years of age and night clubs often adhere to this rule very strictly. For visitors, a passport is an acceptable form of ID, while for residents, an Emirates ID or a driving license will suffice. Some clubs will only allow entry to those aged 25 years and above, so it is advisable to check before you plan a night out. If you plan on drinking, make sure you take a cab back home or wherever you plan on going after; the UAE has absolutely no tolerance for drinking and driving and police are very vigilant; getting caught will guarantee jail time. Clubs typically start filling up after 10 p.m. and all night clubs close by 3:00 a.m. although bars close earlier around 1:00 a.m.

Whether you’re looking to dress up for a night on the town or want to party without the hassles of dressing up, there are plenty of party spots to pick from. Listed below are seven of the most popular and happening hotspots listed in no particular order.

Few hotspots in Dubai can hope to compete with the renowned 360, perched on a rooftop down a jetty that juts one kilometer out into the Arabian Gulf. Dubai’s unique circular venue offers spectacular views of the ocean and the Burj-al-Arab, and is immensely popular with Dubai’s more sophisticated partiers. Hosting a variety of internationally renowned DJs, 360’s house nights are packed with revelers who can chill out to the cool tunes into the wee hours of the morning.

Located on the Palm with the backdrop of the Atlantis, Nasimi Beach is a great nightclub that offers a unique Dubai experience of partying on an artificial beach 7kms out into the sea! Enjoy your day relaxing at the beach during the day and dancing to the pounding tunes played by the DJs into the early hours of the morning.

Located at the Souk Madinat, this club is a must visit for serious music fans and is one of the busiest spots for trendy party goers and music lovers. Offering three levels of unrivalled entertainment, including a rooftop terrace, Trilogy hosts fantastic international DJs, who spin world class electronic music, on a weekly basis. There are a variety of VIP areas available by reservation only with spectacular views of the Madinat Jumeirah and Dubai beyond. Partiers must be a minimum of 21 years to enter and the dress code is club chic.

If you want to party without the hassle of having to dress up, Barasti is the perfect venue. Located in the Le Meridien Mina Seyahi Beach resort, Barasti has two levels offering a spectacular view of the deep blue Arabian Sea on one side and Dubai’s impressive skyline punctuated with towering high rises on the other. The ground level is for those preferring to relax to the backdrop of old classics played by a live band while the lower level is for energetic party goers looking to get their groove on. The choice to party in heels or flip-flops is yours; the feeling of dancing bare feet on the pristine sand is an unbeatable one!

The swanky décor, exclusive crowd and special treatment for female guests all serve to make Boudoir a popular party destination, particularly for the resident Lebanese crowd that throngs to this hotspot in large numbers. Couples and those dressed to impress are preferred by the door staff for entry to this exclusive venue. Musical events differ each day with each event dedicated to a different genre of music. Ladies receive complimentary champagne from 9p.m. to midnight every Monday, Wednesday and Thursday.

For a unique party experience, check out Mahiki Dubai which opened its doors in December 2011. With a fun Polynesian theme, Mahiki brings a piece of tropical paradise to Dubai. With its fun, virant décor that runs throughout every aspect of this restaurant/club from the tropical themed drinks to the DJ booth and dance floor, Mahiki plays an endless variety of peppy, feel-good tunes that makes it immensely popular with royals, actors, musicians and those that love to party in a fun-filled atmosphere.

N’Dulge is Dubai’s new hip hotspot located in Atlantis on the Palm Jumeirah. Wednesdays are ladies nights when the girls can enjoy a night out with complimentary selected drinks from 11p.m. to 1 a.m. This happening night spot features a regular list of international DJs particularly on popular Friday nights when the venue is often packed with party goers from all walks of town. The venue consists of three main areas: the N’Dulge Arena, Lounge and Terrace. The Arena, open on Wednesdays, Thursdays and Fridays hosts exciting club nights while the Lounge, teamed up with the world renowned restaurant Nobu, serves up some delectably sophisticated signature dishes to indulge culinary enthusiasts. The Terrace is a popular venue for al fresco clubbing and guests can enjoy the lush landscaping while dancing to tunes under the Arabian stars. 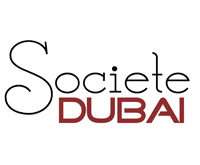 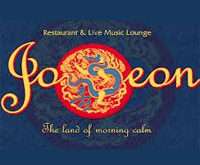 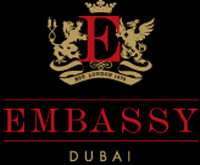 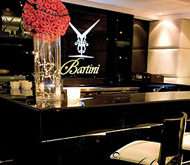