The UAE Jiu-Jitsu National Team players had a great set of performances, winning a combined total of 9 medals.

“I would like to say that, this was a very satisfying event hosted here in Tokyo. We have strong ties and relations with Japan not just as a country, but also in Jiu-Jitsu and sports in general. Congratulations to everyone who worked very hard on this event and congratulations to all the players who took part today. ” Said H.E Khaled Omran Al Ameri, United Arab Emirates ambassador to Japan

The Big Turtle Fukaya was at full capacity with 1,426 energetic fans in attendance and the viewers across Abu Dhabi Sports TV and the 12 broadcasters from around the world, witnessed some thrilling and tactical master class fights.

Faisal Al Ketbi and Gabriel De Sousa was one of the most thrilling fights of the day. The fight was technical and tactical from both players, as Al Ketbi began with his natural aggressive style, took the fight to De Sousa from the first whistle. In a competitive grappling contest, Faisal fell behind on points during the last 45 seconds of the fight, which cost him the Gold medal.

“After the success at the Asian games, we wanted to come here in Tokyo and do the same, and even much better. We achieved that as a team. Congratulations to my opponent, he was very tough and he deserves respect. The support that we get from the fans back home and the jiu-jitsu community around the world is incredible. Thank you and also congrats to my team mates.” said Faisal Al Ketbi.

“I had a tough fight in the semi finals against Erikson, he is a good fighter. I started a bit slow, and towards the end, I recovered and dominated the fight but it was too late, as I was behind in the points. But I am very happy to have won the Bronze medal against Sebastian. I got in form for that fight and I am happy with that. I hope to bring back the Gold in Rio.” Yahya Al Hammadi

Another thrilling fight of the day was Gi 94kg male black belt division final between Alexandre Ribeiro and Felipe Pena. Ribeiro, one of the best jiu-jitsu players, was the more active player, tried to dismantle the impressive Pena during the beginning of the fight, but Pena took control of the fight towards the end and won 4-2 on points.

The Abu Dhabi Grand Slam Jiu-Jitsu World Tour returns in less than a month with the third leg in beautiful Rio de Janeiro, Brazil, on November 12th and 13th. Once again, prizes add up to more than $100,000 to be shared by the champions of each weight class. All Grand Slam events are open to athletes of all nationalities. The registration period for the Rio event closes on November 7.  . Registrations are open, please visit – http://www.uaejjf.org/login/auth

62kg – Japanese countrymen Tomoyuki Hashimoto, Kazuchiro Miyachi and Kei Ito fought for the title. Miyachi beat Ito in the only semifinal and went on to face Hashimoto in the final. One sweep in favor of Hashimoto was enough to settle the deal and earn him the gold medal.

69kg – Thiago Bravo fought twice to secure the title in the weight class. First he beat Yuto Hirao and then met Daisuke Shiraki in the final, which ended tin a tie. A split decision by the referees (2-1) decided in favor of Bravo and earned him the gold medal.

77kg – Roberto Satoshi also fought twice to win the gold medal. He first finished Anderson Takahashi and then caught Robson Tanno with a arm triangle in the final.

85kg – Faisal Al Kitbe beat Akihiro Kawakami 2-0 with a takedown to make it to the final. On the other side, Gabriel Arges outscored 2-1 on advantages after a 2-2 tie on points a tough opponent on South Korea’s Youngam No. In the final, a back take by Arges near the end of the match put him 4 points ahead of Kitbe to secure his second gold medal in the Grand Slam this season.

94kg – Most probably the most anticipated division of the day, the 94kg weight class had Xande Ribeiro and Felipe Pena as clear favorites for the final. They did not disappoint and brilliantly made their way to the gold medal match. Xande finished Alexandre Ogawa with a choke from the back and then caught Bruno Kikuchi with a triangle. Pena had only one match and choked Alan Fidelis from the back. In the final, one sweep made the difference. Pena swept first, but Xande fought back and tied 2-2. After a stoppage, Pena pulled guard and managed another sweep, going ahead 4-2. Xande still had time to tie again and went for a hail Mary sweep, but Pena fought bravely and allowed only an advantage, securing the gold medal.

110kg – The big guys also delivered. This time, José Junior earned his gold medal after finishing second in LA. He swept Andre Campos early in the final match and was able to secure the lead for the remainder of the six minutes to win the division.

55kg – Playing the home crowd, Japan’s Rikako Yuasa was on fire. First she stretched the arm of Chinese Yuxing Xiong and then outscored her countrywomen Mei Yamaguchi 16-0 to win the title.

70kg – A fan favorite, Mackenzie Dern fought twice this Sunday, both times against Australia’s Meagan Green. First Mackenzie beat Green in the semifinal with a leg lock. After Meagan beat Brazil’s Isabeli Souza 1-0 on advantages in the round robin, they met again in the final. Mackenzie once again used the leg lock to finish her opponent and this time secure the gold medal. 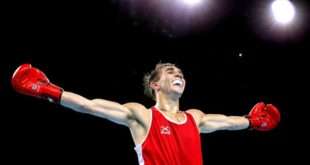