After intense studio work in LA with Jimmy Haslip and Jeff Lorber as producers,  Therese released her third solo album ”Lovetrue” in 2014. Other musicians contributing to this project is the legendary drummer Vinnie Colaiuta and the famed guitarist Michael Thompson.

Thereses style can be compared as a soulful jazz singer. In addition to her own compositions and songs co-written with Haslip and Lorber, Therese is including a few unique cover songs in the mix: Jack Mack and the Heart Attacks little heard “Life of the Broken heart” and Michael Franks irrepressible mid-80s chestnut “Monkey See, Monkey Do”.

Her first and second albums received great reviews across Norway. She has been several weeks on the A-list on radio P1, and was picked out as “Best Female Singer Songwriter” by Los Angeles Women in Music in 2009.

Therese likes to use the gypsy expression “Flies in your Blood” (which they say when it’s time to move on to the next place) to explain the intense wanderlust that has driven her multiple passions over the years. The last few years she has toured Russia, USA, Mexico, England and Norway.

She discovered her true calling while attending a singing course known as LIPA at Paul McCartney’s music school in Liverpool. After attending the Nordic Institute for Scene and Studio for a time, she enrolled at the University of Leeds in England, where she received a Bachelor of Jazz. She formed Røyst there in 2002 with three other Norwegian natives. In addition to a busy schedule of touring and hosting seminars, the group released its debut album Nordic Initiative consisting of an array of contemporary sounds that draws from jazz, Norwegian folk and world music, in 2004.

“Music is my life, my mission, passion and love,” Therese says. “It keeps me going day in and day out. Through music I’ve had magical moments both onstage and in studios and I’ve been able to tour many countries. I’ve been very blessed with meeting fantastic people who later became co-workers and friends. My world is filled with creativity, inspiration and miracles. Life is amazing and I can’t wait to see what tomorrow will bring. I am very committed to taking this great risk because I know it’s what I am here to do. There’s so much for me to explore, and I’m enjoying the process of making my dreams come true.”

Mambo Compañeros is one of Scandinavia’s most successful Latin-Music groups. The 8 piece group is based in Trondheim, Norway. Mambo Compañeros has existed since 1996 and has gained recognition throughout Scandinavia. The band’s music is based on Afro-Cuban and Caribbean styles like Salsa, Timba, Afro-Cuban Jazz and Merengue.

Mambo Compañeros’ first CD, “Viva Salsa” was released in 2004, after being recorded in Trondheim and Havana, Cuba. “Viva Salsa” contains 9 originals and 2 cover tunes and features several special guests from Cuba. The album is a display of rhythmic fireworks and joy and will make your body turn in uncontrolled moves! The release was followed by several TV and festival performances in the summer of 2004.

Mambo Compañeros is performing an ever-increasing share of self-composed music, in addition to salsa and latin-jazz standards by leading artists from Cuba and Puerto Rico. In other words – music that pleases both feet and ears! The band has toured extensively since 1997 and has done 400+ concerts so far. When the City of Trondheim celebrated it’s 1000-years anniversary in 1997, the group was hired to perform for more than 10 000 people. During the fall of 1998, Mambo Compañeros was featured as in-house band for the NRK-TV series “Ja, vi elsker…”, with Tore Strømøy. In 2002 Mambo Compañeros had the honour of performing in Princess Märtha Louise’s wedding in Trondheim. The band was also featured on the NRK-TV production «Royal Variety», broadcasted live from Olavshallen in Trondheim. In 2006 Mambo Compañeros celebrates its 10th anniversary!

Alan is an extremely experienced and accomplished pianist and singer. During his  extraordinary career he has achieved a top ten hit in the USA and has collaborated  with the great Stevie Wonder on a number of occasions. He has performed at some  of the world’s most prestigious hotels in front of personalities such as Bill Gates, Billy  Joel, Mariah Carey, Beyonce and more.

His electric performances are full of energy and passion and can be performed in  English, French, Spanish, Italian and Russian. His shows can be tailored to suit the  needs of the client: his performances can be given an intimate, interactive element as guests can request songs from a menu of over 4,000. He can also perform a stage show featuring dazzling choreography, stunning back up singers and powerful covers of Ray Charles, Marvin Gaye, Kool And The Gang , Earth Wind And Fire,Stevie Wonder, Barry White, Otis Redding and more.

Alan’s fully customisable shows and energetic performances will bring an extra spark of excitement to your event.

Flamenco was born in India, and follows in the footsteps of Gypsy migration to Andalusia. through Egypt, North Africa, Jewish culture, Latin America, and is forged in the diversity of cultural mixing, What are the richness of this art.

Flama Flamenco Company offers a high quality show, a trip to the colors of Andalusia, the gypsy soul, parties around From fire, strong and simple generosity of the people who carry with them the Sublimated expression, passion, the love, the creative nostalgia. Magic show designed around the triptych composed Dancing, singing and guitar. That recreate here Magical moments of celebration and sharing.

Modesto’s audition was aired on the 1st Week of The X Factor Philippines. He performed a heartfelt version of Frank Sinatra’s My Way.

Martin: “I think you’ve been waiting for this day, for long long time.”
Gary: “You did not do it Frank Sinatra way, you did it your way, and that is the way it should always be.”
Pilita: “That speaking voice of yours is talagang ang ganda-ganda.”
Charice: “You totally did it your way. I felt it that’s why I’m crying right now.”

The best in duo, trio or quartet. 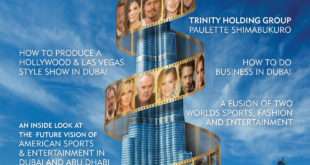 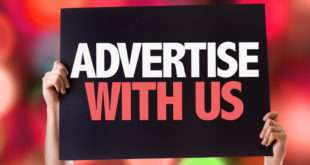 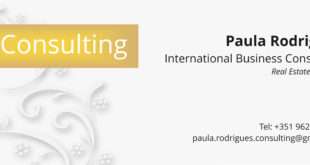